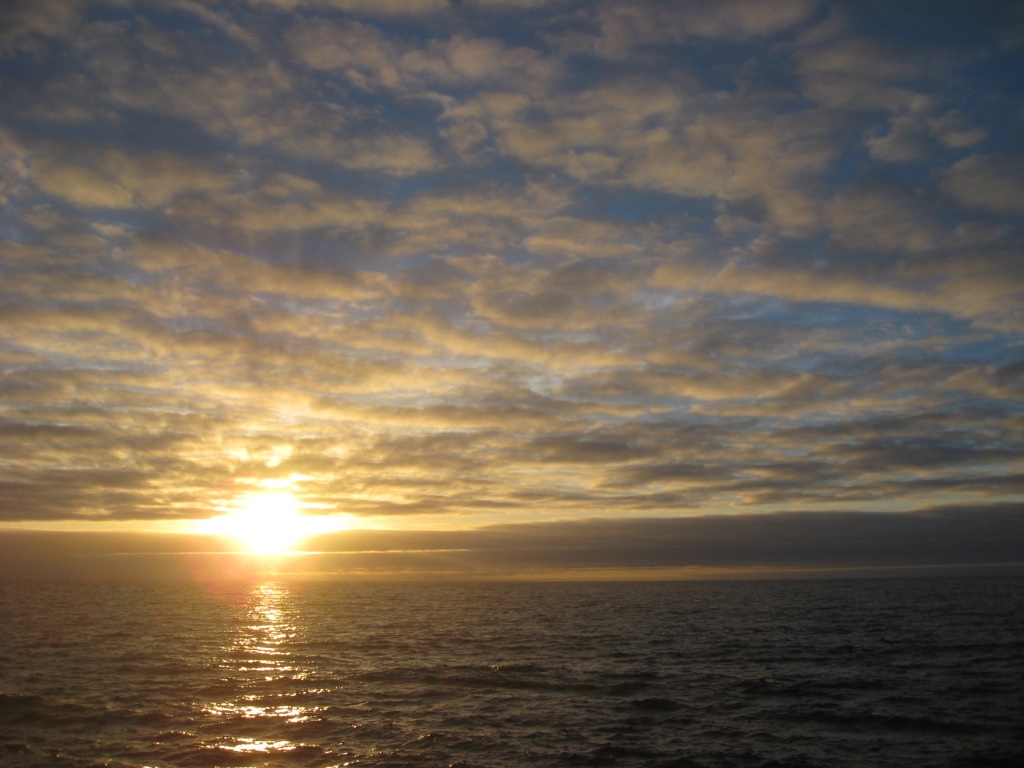 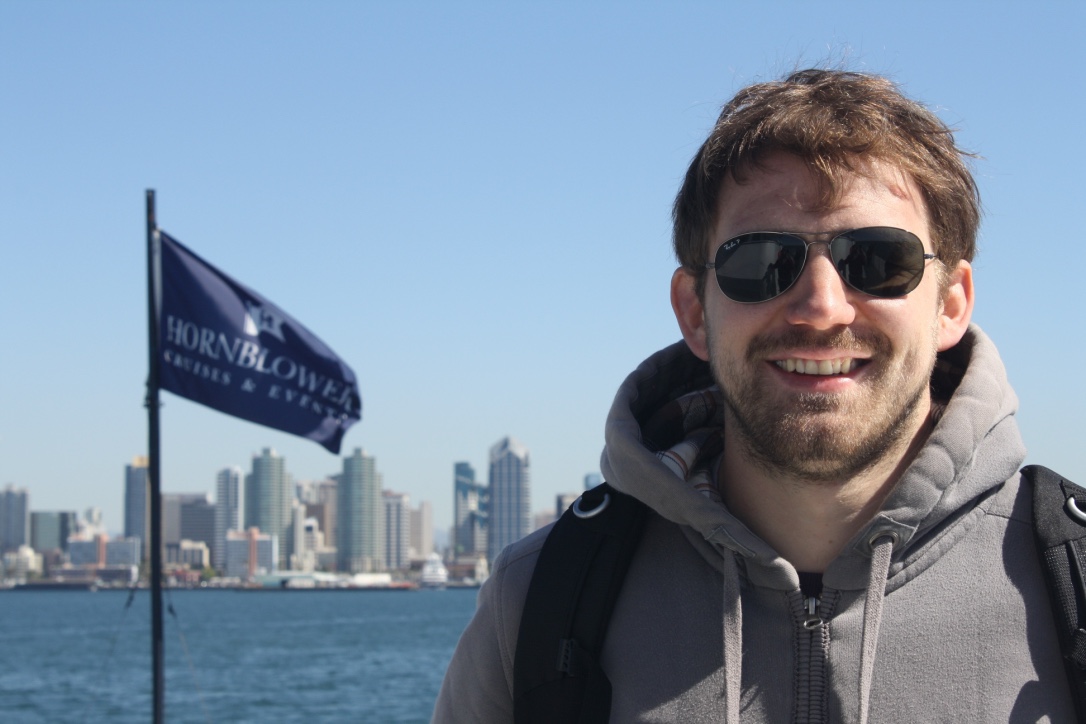 I am an oceanographer and climate scientist. My research is concerned with understanding how climate-relevant tracers, such as heat and carbon dioxide, are taken up by, stored within, and transported around the ocean. The uptake, transport and storage of these tracers is achieved by a combination of atmosphere-ocean exchange processes, the large-scale ocean circulation, turbulent ocean dynamics, and biogeochemical processes. I use a host of tools in my research, including large-scale numerical simulations, process models, theoretical ideas, trajectory analysis, and ocean observations. I did my PhD in the Department of Earth Sciences at the University of Oxford, where I worked with Helen Johnson and David Marshall. In September 2018 I started as a post-doc at Princeton University, working with Jorge Sarmiento and Steve Griffies as part of the SOCCOM project. 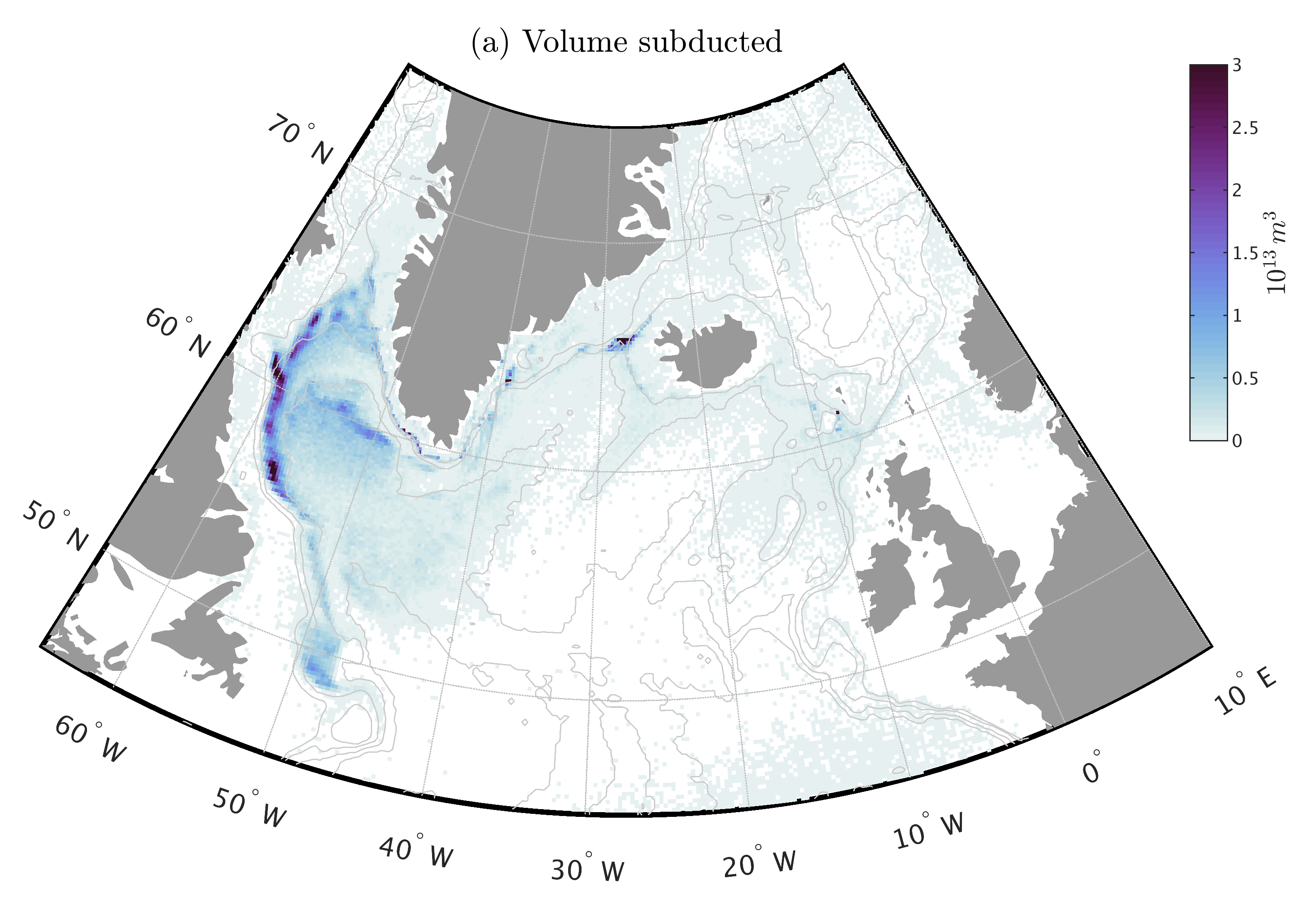 Ventilation is the process by which water from the surface ocean is moved into and around its interior. It is a primary mechanism by which tracers such as carbon dioxide are taken out of contact with the atmosphere. I have focussed in particular on showing the difference between ventilation and dense water formation; processes that are often conflated. See MacGilchrist et al. (2020) JClim, MacGilchrist et al. (2019) Science Advances, and Naveira Garabato et al. (2018) Phil. Trans. Roy. Soc. 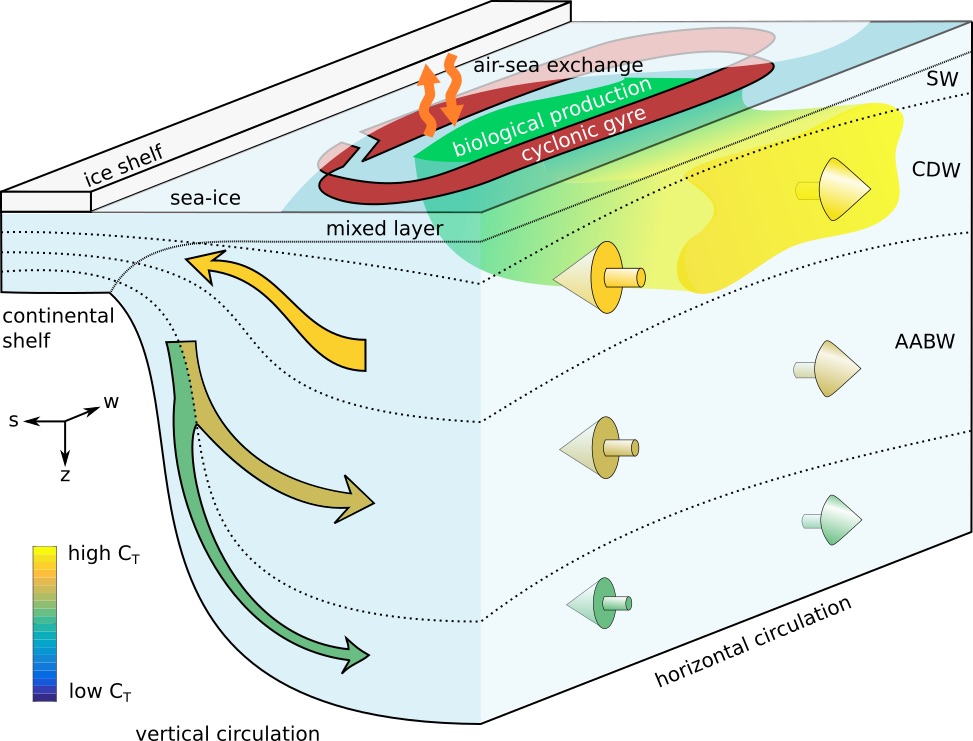 Carbon cycling in the high-latitude oceans 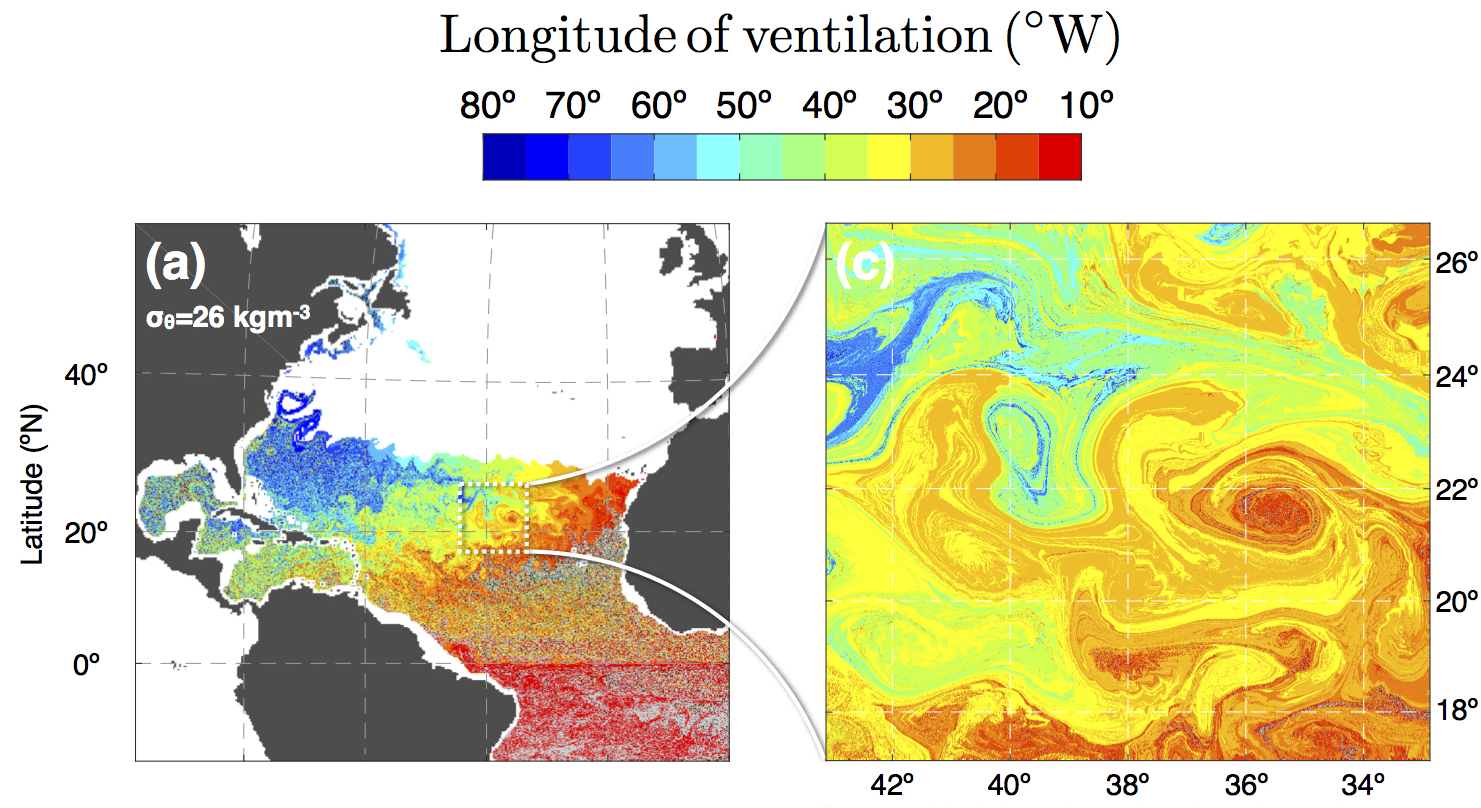 The turbulent ocean circulation bears many similarities to nonlinear dynamical systems. Analogies and ideas from this discipline has fostered understanding of many nonlinear ocean processes. I have used such understanding to investigate the role of turbulence in setting the distribution of tracers in the ocean interior. See MacGilchrist et al. (2017) JGR 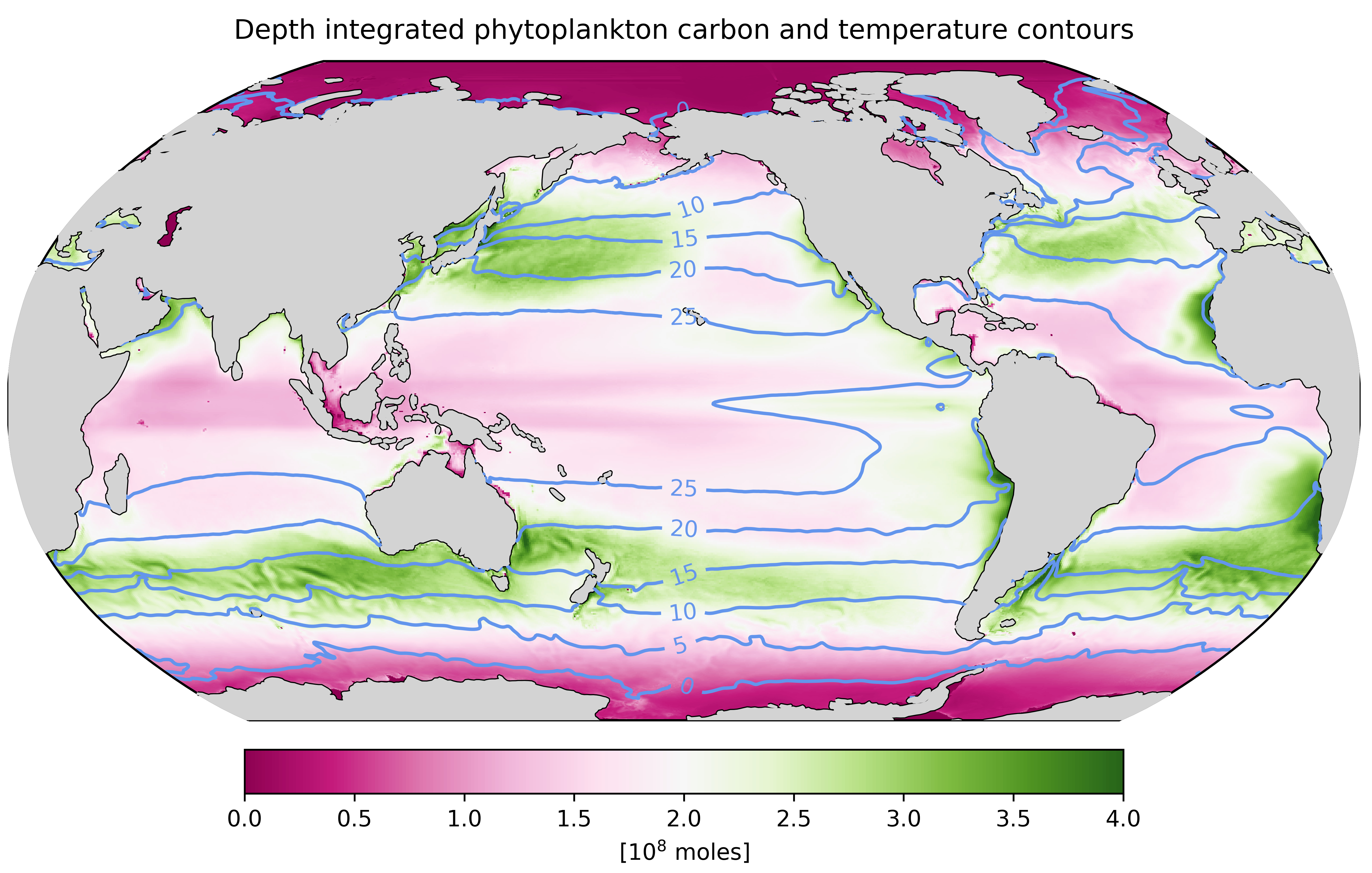 Conceiving of the ocean as distinct regions defined by certain properties (commonly temperature, salinity and/or density), we can transform the circulation and biogeochemical dynamics into a coordinate system that is (a) easier to constrain, and (b) arguably more aligned with its fundamental properties of the system (compared to traditional latitude-longitude-depth coordinates). I am exploring the capacity of this framework to lend insight into fundamental questions in biogeochemical dynamics and ocean circulation .

MacGilchrist, G.A. et al. (2020) Locations and mechanisms of ocean ventilation in the high-latitude North Atlantic in an eddy-permitting ocean model, in press at Journal of Climate.